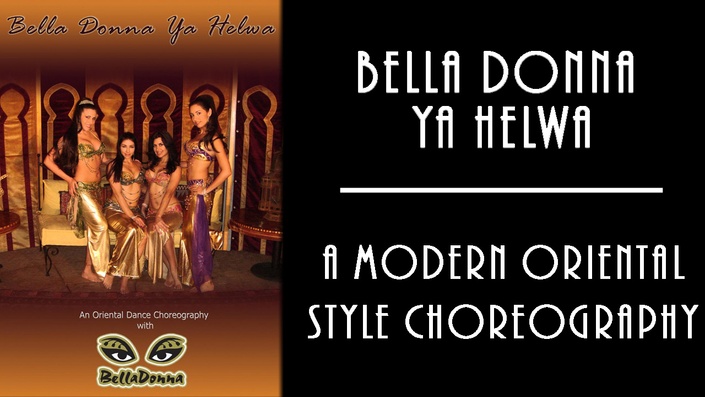 An Original Modern Egyptian Choreography with Veil and Zill

Fall under the spell of Bella Donna Ya Helwa - an exciting intermediate-level choreography taught by all four beautiful Bella Donna dancers!

Bella Donna Ya Helwa is a 4-minute choreography that utilizes both veil and zills. It is divided into 12 combinations which are broken down and drilled first with counts then with music. The course includes a solo performance of the choreography as well as a special bonus section demonstrating variations for a troupe.

* Taken from the original DVD released in 2007. 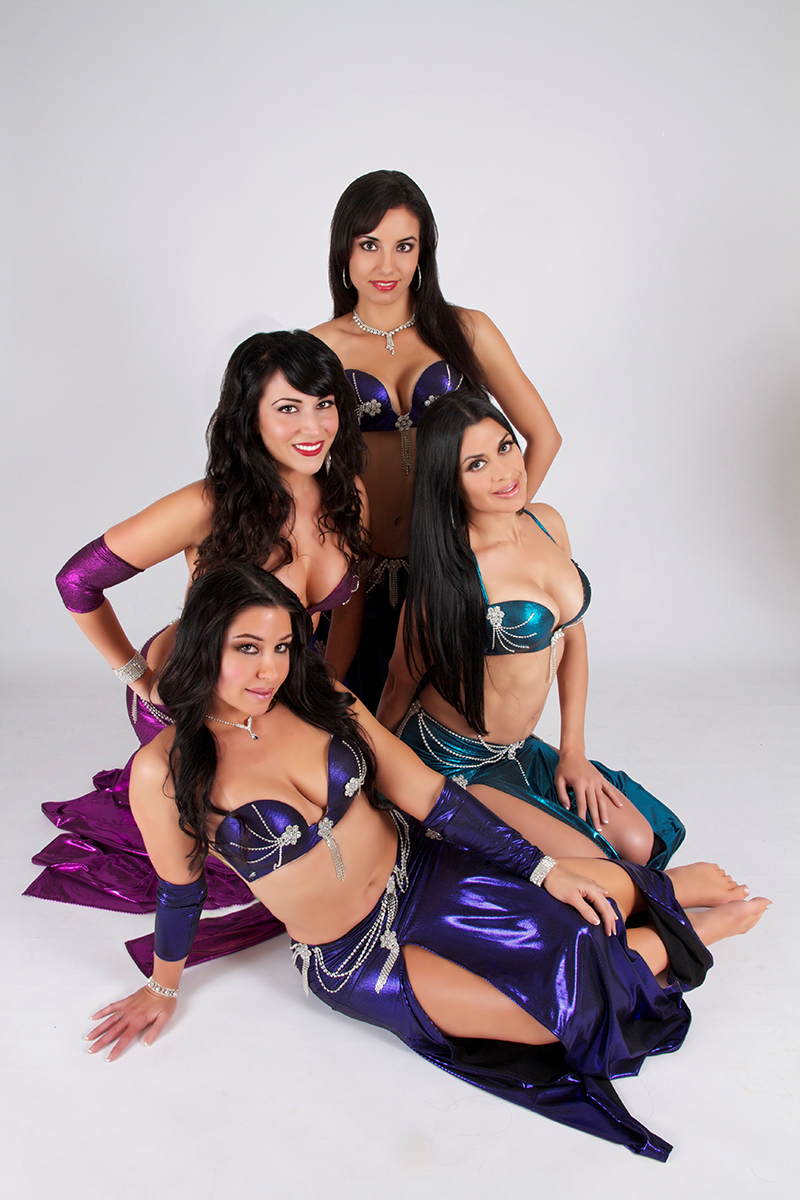 BellaDonna Dance Company has been entertaining audiences in Houston for over a decade. They have been voted “Houston’s Best Belly Dancers” by Houston Press have been dancing at events, restaurants, and nightclubs in Houston and around the world since 2003.

BellaDonna was founded by Tamara, Victoria, and Zylona when the Houston belly dance scene was just beginning a new resurgence. In 2005 Sahira joined the troupe and BellaDonna released their first instructional DVD in 2007.

Since then, members of BellaDonna have been invited to perform for Arab royalty, at conventions in the Middle East, for workshops around the globe, and at numerous public and private events in Houston, Texas.

When does the course start and finish?
The course starts now and never ends! It is a completely self-paced online course - you decide when you start and when you finish.
How long do I have access to the course?
How does lifetime access sound? After enrolling, you have unlimited access to this course for as long as you like - across any and all devices you own.
What if I am unhappy with the course?
We would never want you to be unhappy! If you are unsatisfied with your purchase, contact us in the first 30 days and we will give you a full refund.
off original price!

This course is closed for enrollment.